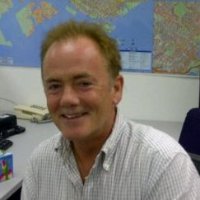 OIM @ Working on FPSO Cidade de Itajai From January 2013 to Present (3 years) BrazilPreparation for Operations Manager @ Worked in Oil Production offshore since 1982, Worked on FPSO's since 1986, From January 2011 to December 2012 (2 years) Offshore Installation Manager @ Worked on four different FPSO's operating on Norwegian and UK sector off the

Looking for a different Frank Waag?

Carmen Plesch
Director of IT